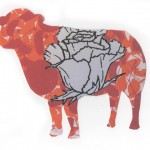 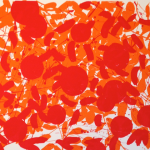 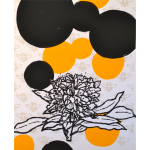 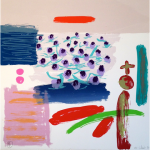 Mark Studied Fine Art at Hornsey School of Art and went on to gain an MA in printmaking at Camberwell School of Art.

Since then Mark has taught both in the UK and overseas and has exhibited widely. He has been represented by dealer galleries in London, Manchester, Bristol, Bath, Southampton & Edinburgh. He has also had large solo shows at The Edinburgh festival & The London Barbican amongst many others.

Before moving to Cumbria 17 years ago, Mark travelled widely, living for 5 years in New Zealand, and having several important exhibitions there, including at Oedipus Rex Gallery in Auckland, and at Ritchies in Christchurch.

Mark is currently specialising in hand-editioned silk screen prints, also known as serigraphs. They are always very small run editions and are produced in his garden studio, here in the Lake District.